The biggest Brexit challenge is ensuring that the government actively seeks out and secures the best long term trading deals for agriculture according to Sir Peter Kendall, Chair of the Agriculture and Horticulture Development Board.

Sir Peter, a former NFU President, was addressing the challenges and opportunities facing UK agriculture and food production industries once Britain leaves the European Union at a meeting hosted by Reaseheath College in Cheshire.

The event, organised by the Institute of Agricultural Management (IAgrM) Cheshire branch, attracted over 60 delegates from across the agricultural industry including farmers, farm and veterinary consultants, representatives from Barclays Bank and agriculture students from Reaseheath and Harper Adams University.

“I want farming to be an exciting, innovative industry which will draw investment”, Sir Peter told his audience during a thought provoking discussion. “But it is up to us to make the government aware of the issues facing farming. We need to make it clear that we can become global leaders in agriculture and that we’re not after cash handouts and subsidies. But to get there we need to study the global competition and to create the best marketing opportunities for us. And we should not forget that the ‘Great British’ brand is very powerful.

Calling for a minimum five year trade deal with the EU and continued close working partnerships on key issues such as climate change, Sir Peter added: “In 10 years time we may say that Brexit was the right thing to do for farming, provided that the trade deals are correctly done. But my hunch is that we are going to get less support and face more competition.

“There is no doubt that we have challenging times ahead, but fantastic opportunities could also open up for the agriculture and food industries.

“Farming is down to the person, and this means someone willing to invest in the business and in skills and training. We will be looking to young people who are skilled, passionate and have the vision to take us forward.

“We now look at farming in a technological way which I never envisaged 20 years ago. We have mapping phone apps, satellite navigation, drones, variable rate applications and Big Data – to name just a few. It is up to us to make the most of this emerging technology and let it take the backache out of farming, leaving us free to concentrate on running our businesses better.”

Thanking Sir Peter, Matt Sheehan, Principal Consultant with Promar International and IAgrM Cheshire member, said that his considered, realistic, salutary thoughts on Brexit had been much appreciated and that all attendees now had a greater understanding of the role of the AHDB and the efforts that were being made to ensure that the British agricultural industry remained competitive in the future. 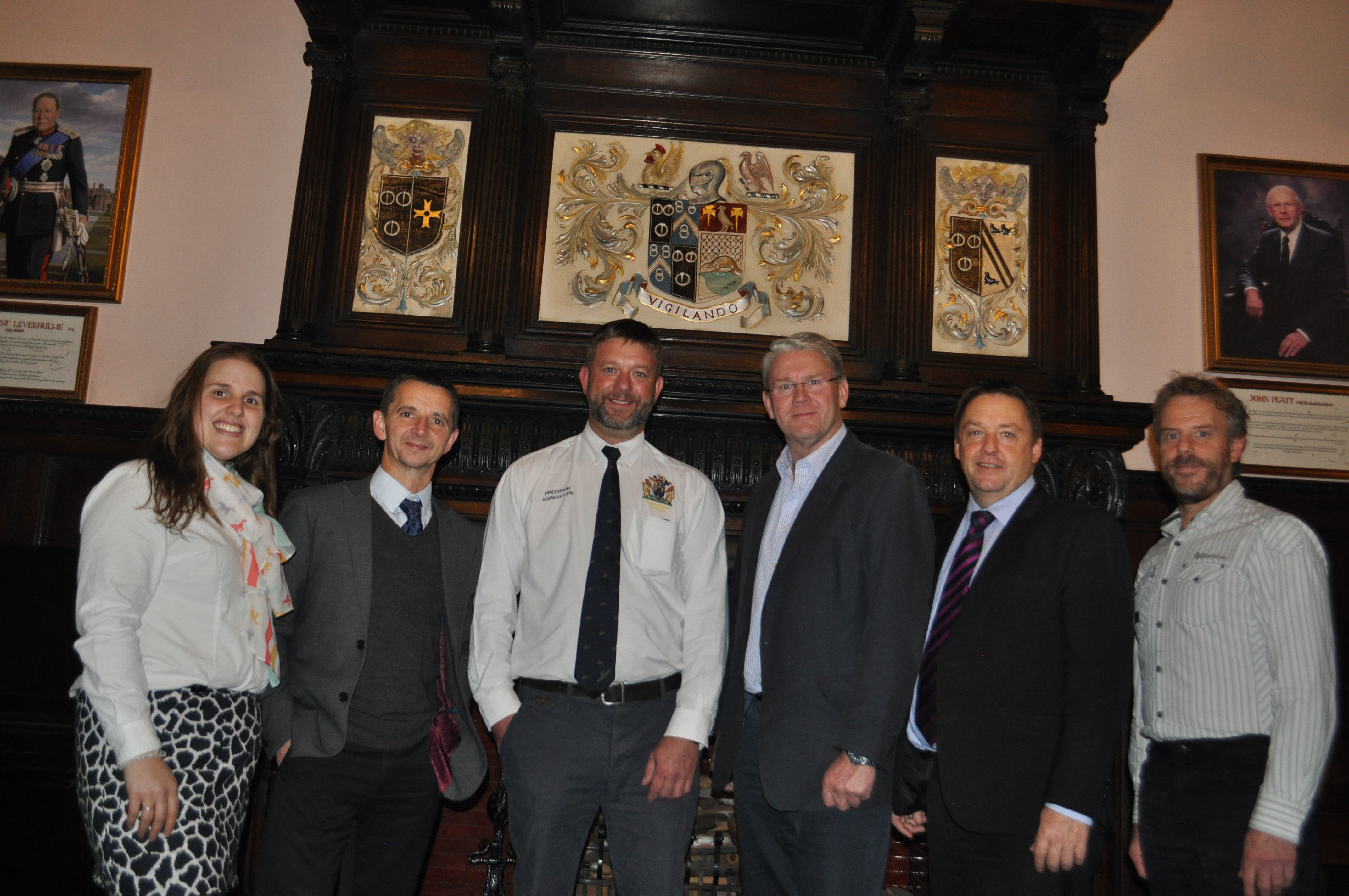