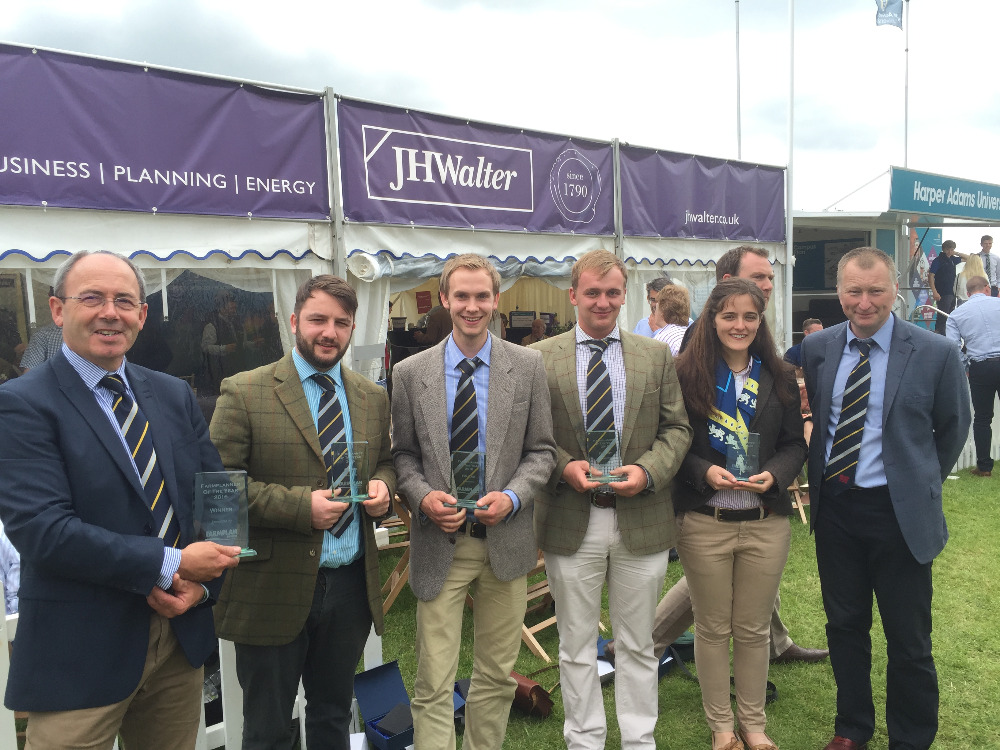 This year's competition was based on Rockscape farming business in Yorkshire who set the teams the following challenging questions;

e. Part of this exercise may explore the opportunities of using the livestock manure created as a feed stock for the AD plant or its value spread to land alongside the digestate.

Following the farm visit in February the teams submitted proposals for the business based on the questions raised and the judges carried out a desktop review. this was a major task due to the excellent quality of the proposals so as to pick the finalist and the following were selected;

The finalists made presentations to the Judging panel on Wednesday 22ndJune, the panel included:

All three finalists made flawless pitches to the judges and after questioning by the judges it was a real challenge to select a winner for this year's competition and, as commented by Ross the standard of submission exceeded their expectations and they had come up with ideas they have not considered many of which could well be implemented.

Following the deliberation of the judges Tim Brigstocke announced the winning team on theJH Walter stand at the Lincolnshire Show, Ian Walters made the presentation of the IAgrM 2016 Farm Planner trophies and Ross added a really nice touch by giving each one of the finalists an Amazon voucher to go with their trophy.

Thanks go to Farmplan, Farmers weekly, Barclays, Frontier and JH Walter for there support with this competition.

Well that was the 2016 IAgrM Farmplanner competition and planning is well in hand for the 2017 competition which will start with the farm visit taking place in November 2016! This is a change of timings following discussions with the lecturers earlier this year so that the competition can better be incorporated within the curriculum.

· September 2016 details if the farming business and questions available

· March 2017 submission of the proposals

· April 2017 finals of the Competition

We will be sending out further details shortly, these will include, hopefully, a significant extra prize for the winning team that one of the sponsors is looking into providing (more later)!

Don't hesitate to contact me if you have any questions re the IAgrM FarmPlanner competition or the other activities of IAgrM.